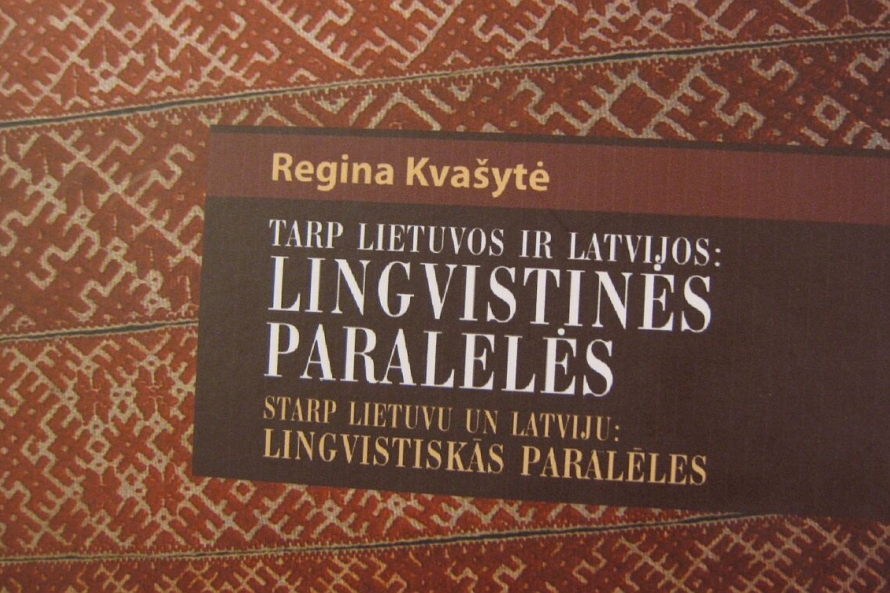 On 18 May, the Ministries of Foreign Affairs of Lithuania and Latvia announced the contest for the Balts’ Award 2020.

In accordance with the Regulation on the Balts’ Award, both persons and institutions can be nominated.

The Jury’s decision on a winner will be made in August of 2020. The winner of the Balts’ Award 2020 will be announced in early autumn and the Award presented by the Ministers of Foreign Affairs of Lithuania and Latvia in a ceremony held in Latvia.

The first Balts’ Award was presented in 2018 to professor and linguist Laimute Balode. In 2019 the award was granted to professor Alvydas Butkus.

The regulations and an application form are included below.

Nor is that the only award up for grabs. Also May 18 the Baltic Assembly (BA) – the co-operation institution of the Latvian, Estonian and Lithuanian parliaments – is inviting the submission of works for the annual BA Prize in Literature, Art and Science by 1 June this year. The BA Prize was established to promote the development of literature, art and science in the Baltic States and to recognize the best performances in these fields. Each prize is worth 5,000 euros and will be presented during the annual BA session on November 5 this year in Tallinn. The prize in literature is awarded to the author of a novel, play, poetry, collection of stories or essay written in Estonian, Latvian or Lithuanian. The period during which the work must have been published has been extended from three to five years. The prize in art is awarded to an author or performer for a work of art or a cycle of works of art, applied art, music, architecture, theater or cinema created in the last three years. It can also be awarded to a director, soloist, actor, ballet artist or group of performing artists for outstanding artistic performance in the last three years. In turn, the prize in science is awarded to the author of an outstanding scientific work or research series in the humanities, social sciences or natural sciences, if the work has an international significance. The period during which the work must be published has been extended from three to five years. Literary, artistic and scientific works submitted to the award are evaluated by experts in the respective field, who together form the BA award jury committee. It consists of nine people – three from each of the Baltic States.

Entries together with an application addressed to the BA prize jury, the applicant’s biography, two reviews and other additional materials, if any, must be sent to the Secretary of the BA Latvian Delegation Ingrida Sticenko by post by June 1 (Saeima, Riga, M.Trokšņu Street 2, LV-1811 ) or electronically to the email    [email protected]  .