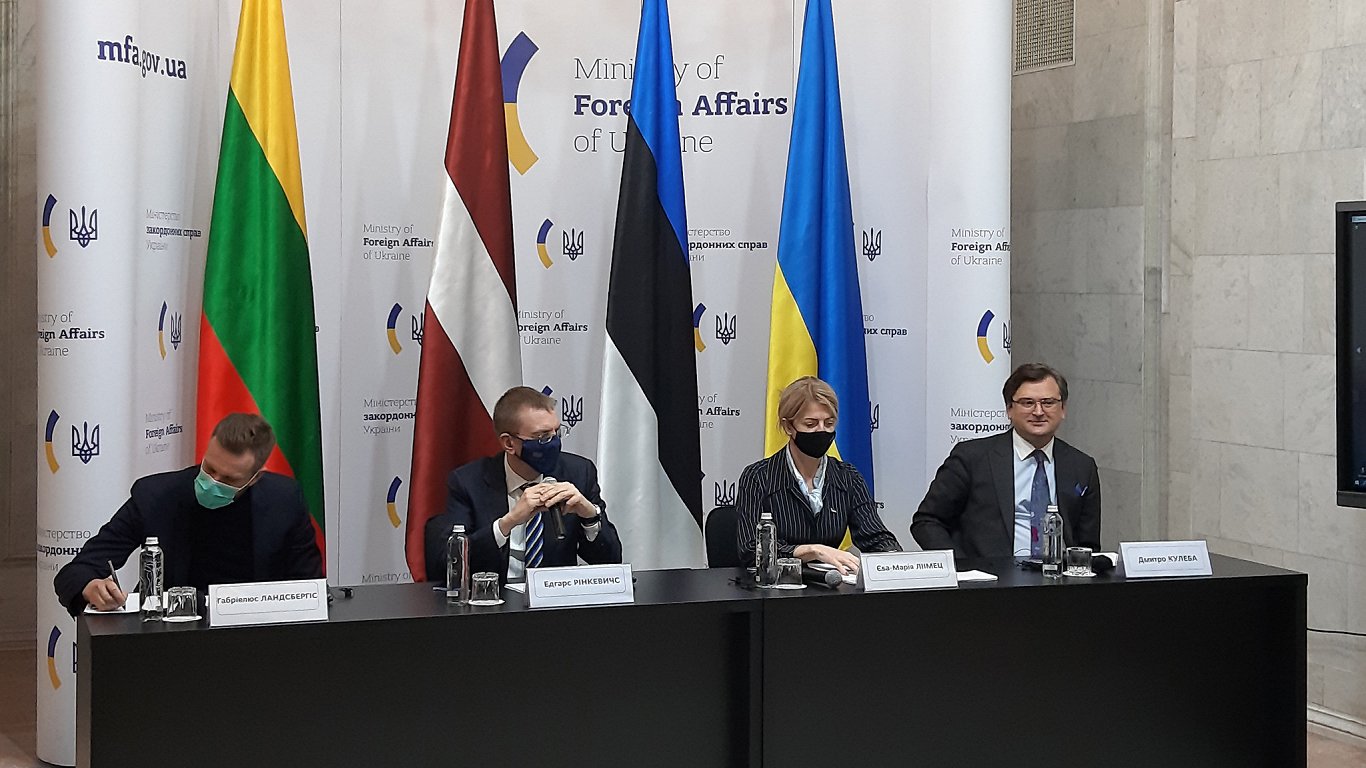 The Baltic States are concerned about the noted build-up of the Russian armed forces near the Ukraine border and in the Crimean Peninsula, the Ministers of Foreign Affairs of the three Baltic States said April 15 during a joint working visit to Kyiv.

The Latvian, Estonian and Lithuanian ministers agreed that such actions by Russia are significantly increasing the threat to security in the region and could potentially trigger a further escalation of the Russia-Ukraine conflict.

The joint visit was “to reaffirm solidarity with Ukraine and express support for its sovereignty and territorial integrity within its internationally recognised borders,” a statement from the Latvian Ministry of Foreign Affairs said.

During their stay in Kyiv, the Baltic States’ Foreign Ministers met with their Ukrainian colleague, the Minister of Foreign Affairs, Dmytro Kuleba plus Prime Minister Denys Shmyhal; the Chairman of the Verkhovna Rada, Dmytro Razumkov; the Deputy Prime Minister for European and Euro-Atlantic Integration, Olha Stefanishyna; and the Minister of Defence, Andrii Taran.

Latvian Foreign Minister, Edgars Rinkēvičs “noted that the restrained response on the part of Ukraine to Russia’s provocations until now, and decisive action in providing information about Russia’s destructive activities in the region confirm to international community that it is Russia which is responsible for the escalation. We ( sic ) believe that Russia’s activities should be further followed to ensure a firm response on the part of Ukraine’s partners. The Latvian Foreign Minister reiterated support for the NATO Membership Action Plan for Ukraine,” said the statement.

During the meetings with Ukrainian officials, Edgars Rinkēvičs also expressed support for the policy of non-recognition pursued by the European Union concerning the illegal annexation of Crimea and welcomed the  commitment of Ukraine to continuing on the course of implementation of reforms. At the same time a systematic approach to the implementation of reforms should be ensured, especially concerning a reform in the justice sector and corruption prevention, Edgars Rinkēvičs noted.

In a separate statement the Ministry of Foreign Affairs expressed backing for fresh sanctions against Russian entities and individuals announced by the United States. “Latvia stands in solidarity with the resolute actions taken by the U.S.” it said.