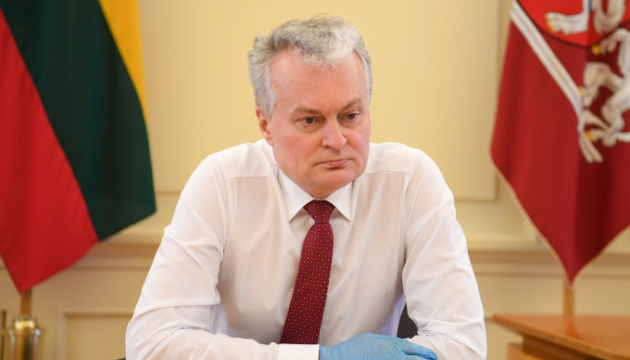 Lithuanian President Gitanas Nauseda has said that the Baltic states held consultations and agreed on the need for stronger support for Ukraine and Georgia ahead of the summit of NATO leaders.

The day before, delivering an annual address in the Lithuanian Seimas, Nauseda said the main task of his state and allies was to stop Russia’s expansion. “Russia, relying on a build-up of its military power, continues to grossly violate international law in Crimea, in eastern Ukraine and in Georgia, and is increasingly tightening control over Belarus. That is why our main task, together with our allies, is to stop Russia’s expansion and avoid further destabilization in the region. We must strive to give our neighbors the opportunity to make a free and democratic choice about their own life,” he said.

The NATO summit will take place in Brussels on June 14.

The decision was made at the NATO summit in Bucharest in 2008 that Ukraine and Georgia would become NATO members and a Membership Action Plan should be a step in this direction. There is still no consensus among NATO countries on the provision of MAPs for both countries. Instead, Ukraine and Georgia were advised to continue reforms and wait for the “right” political moment.

Ukraine was granted the status of a NATO Enhanced Opportunities Partner on June 12, 2020.