Baltic States are the poorest in EU

By Kasparas Jankauskas on Wednesday, January 6, 2021 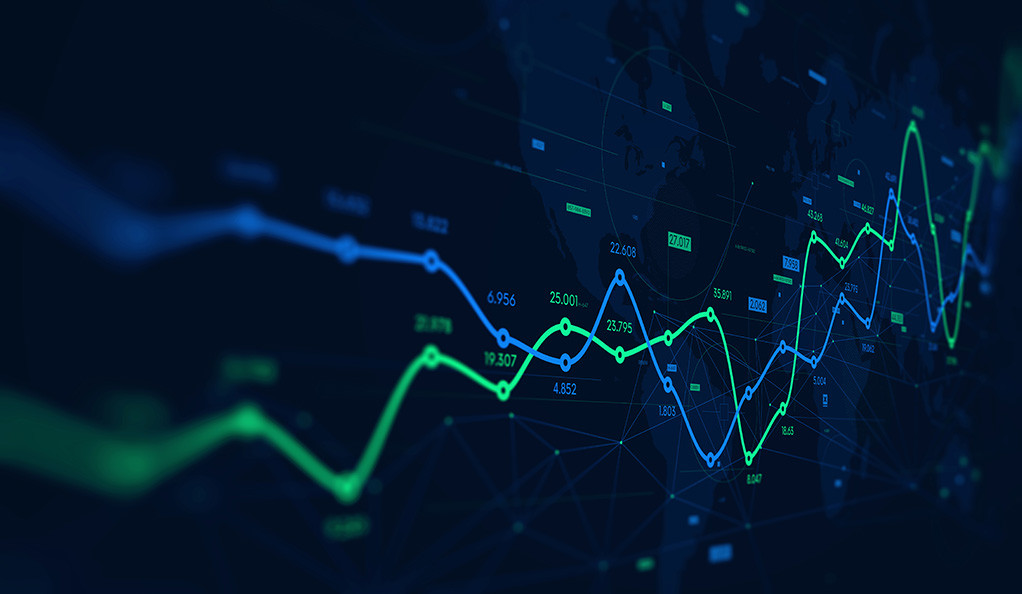 The Baltic States remain among the poorest regions in the EU. Despite the measures implemented by the leadership of Lithuania, Latvia, Estonia, the level of the minimum wage in these countries is one of the lowest in Europe.

The question of setting a minimum wage is one of the most analyzed and debated topics in economics. Over recent years and in the context of the economic and social crisis engendered by the Covid‑19 outbreak, the creation of a European minimum wage is increasingly considered as a useful instrument to ensure fair wages and social inclusion.

Expressed in euros, monthly minimum wages vary widely across the EU ranging from 312 euro in Bulgaria to 2 142 euro in Luxembourg. The disparities are significantly smaller when price level differences are eliminated. 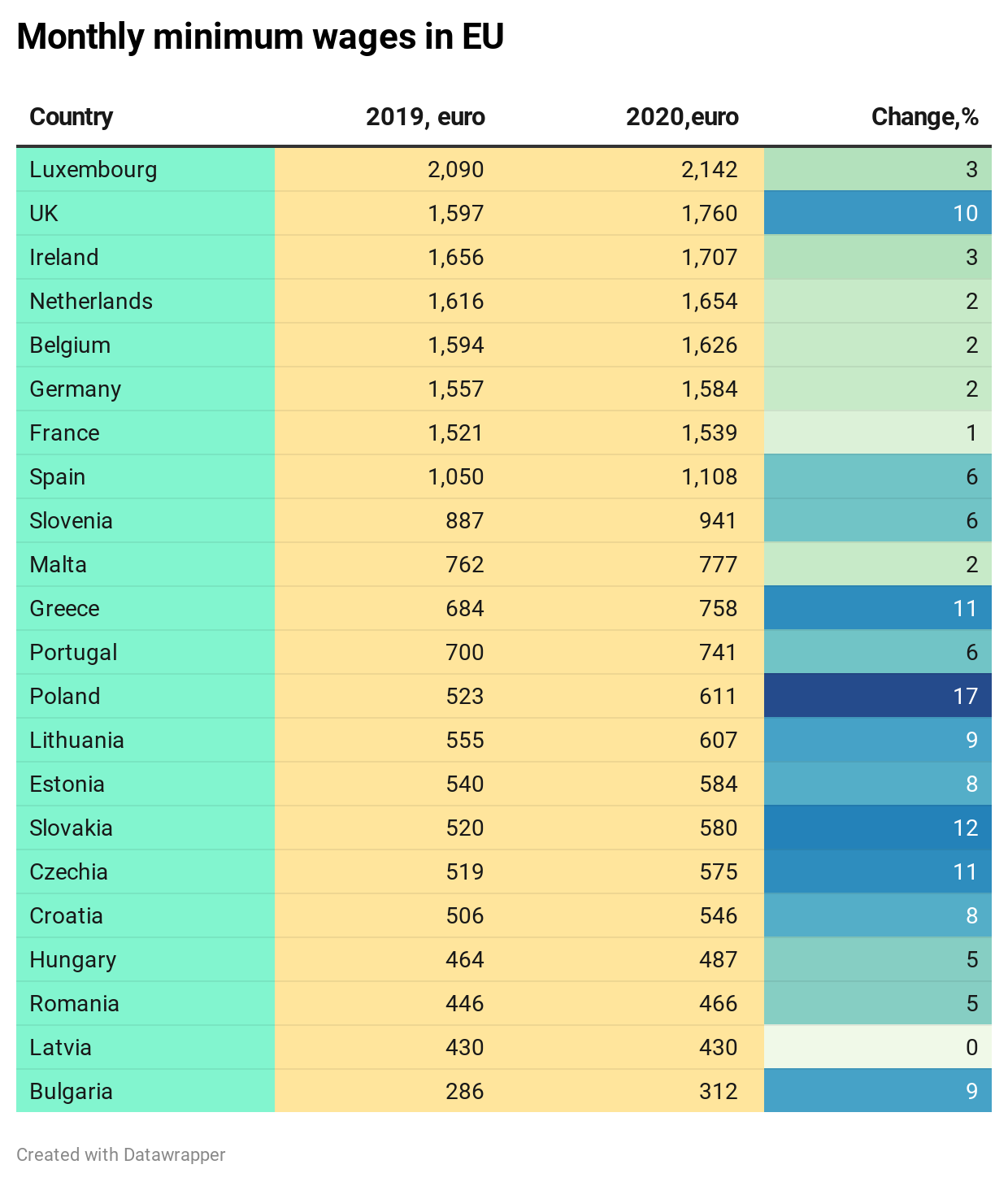 Expressed in purchasing power standard (PPS), the minimum wage ranges from 547 in Latvia to 1 634 in Luxembourg. 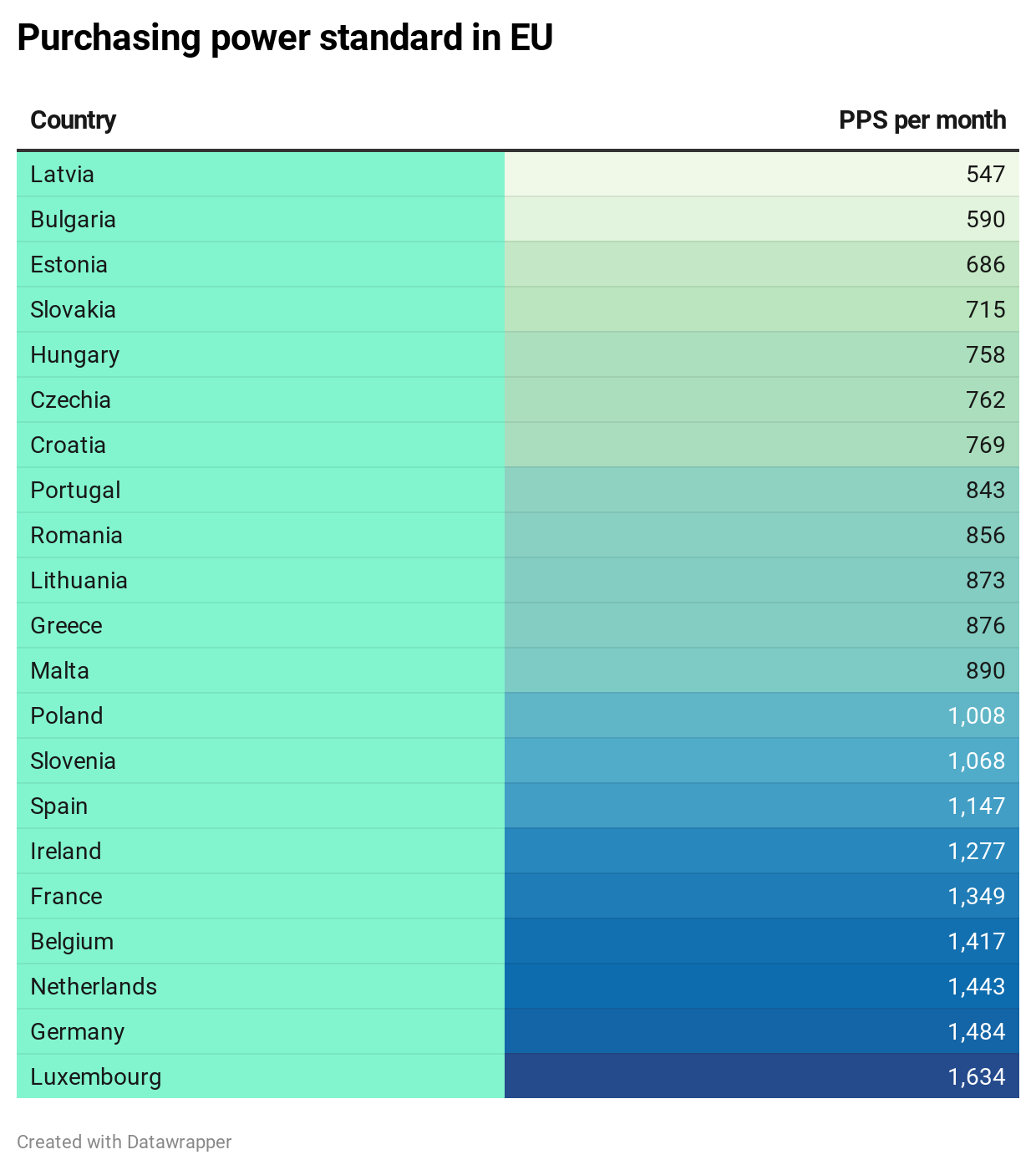 Analyzing the report of the European Parliamentary Research Service, we should admit that the level of the minimum wage in the Baltic States is one of the lowest in the EU. Especially the situation is bad in Latvia, where this indicator has remained unchanged compared to 2019.

Besides, the share of low-wage earners (employees earning two thirds or less of the national median gross hourly earnings) in Baltic States is the highest in Europe. For instance, Latvia – 25.5 percent, Lithuania – 24 percent, Estonia – 22.8 percent (average level for EU – 17.2 percent).

Obviously, the measures taken by the leadership of the Baltic States to improve the welfare of the population can be considered ineffective.

Simultaneously, the Baltic States are increasing defenсe spending despite the fact that the budgets for 2021 are approved with a deficit.

Considering deterioration of the epidemiological situation and the preservation of quarantine conditions, it can be recognized that 2021 will be difficult for the Baltic States.