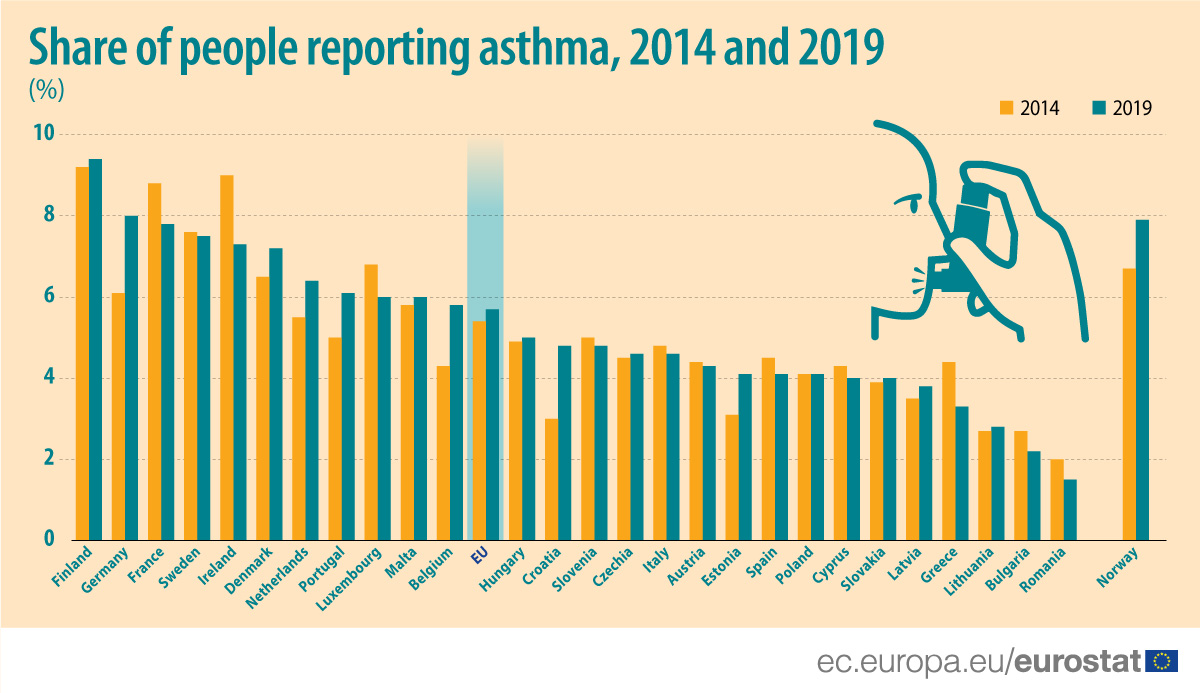 The proportion of people in Latvia suffering from asthma is among the lowest in the European Union according to new data from the EU’s statistics agency, Eurostat.

Among EU countries, Finland stood on the top of the list, with 9% of people reportingly having asthma, followed by Germany and France (both 8%). In contrast, only 2% of people in both Romania and Bulgaria reported having the condition.

Latvia also fared quite well, with 3.8% of people asthmatic, though the figure has increased from 3.5% in 2014.