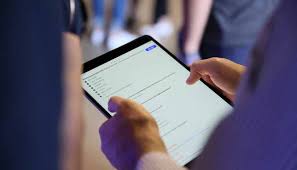 The entry of the Reform Party into office has brought into focus its stance on the annual distribution of funds to political parties, dubbed ‘protection money’, ahead of the state budget vote. Reform has long criticized the practice, though now it is in office, some opposition MPs say it has tempered its stance, now it can influence the distribution of funds more than when in opposition.

Most parties partake in the protection money (Estonian: Katuseraha, literally “roof money”) process, with Reform having been a notable exception in recent years.

The funds, which for 2021totaled €6 million (out of a €13-billion state budget),see sums often in the tens of thousands of euros earmarked ostensibly for regional development.

The process generally greases the wheels of the state budget debate and vote, ongoing through autumn, but has long been criticized as a form of corruption and as lacking in transparency – a point Reform Prime Minister Kaja Kallas made last week.

Alari Rammo, the head of advocacy at the Good Citizen union of NGOs (Vabaühenduste Liit), told ETV news show “Aktuaalne kaamera” (AK) Monday that: “I don’t think the distribution of protection money can be made much more transparent than it is, partly because I haven’t heard any sensible ideas on how to do that, and second, every few years some of the parties say that now they are changing this system, which is more of a distortion in my mind.”