‘America Is Back,’ but Europe Has Moved 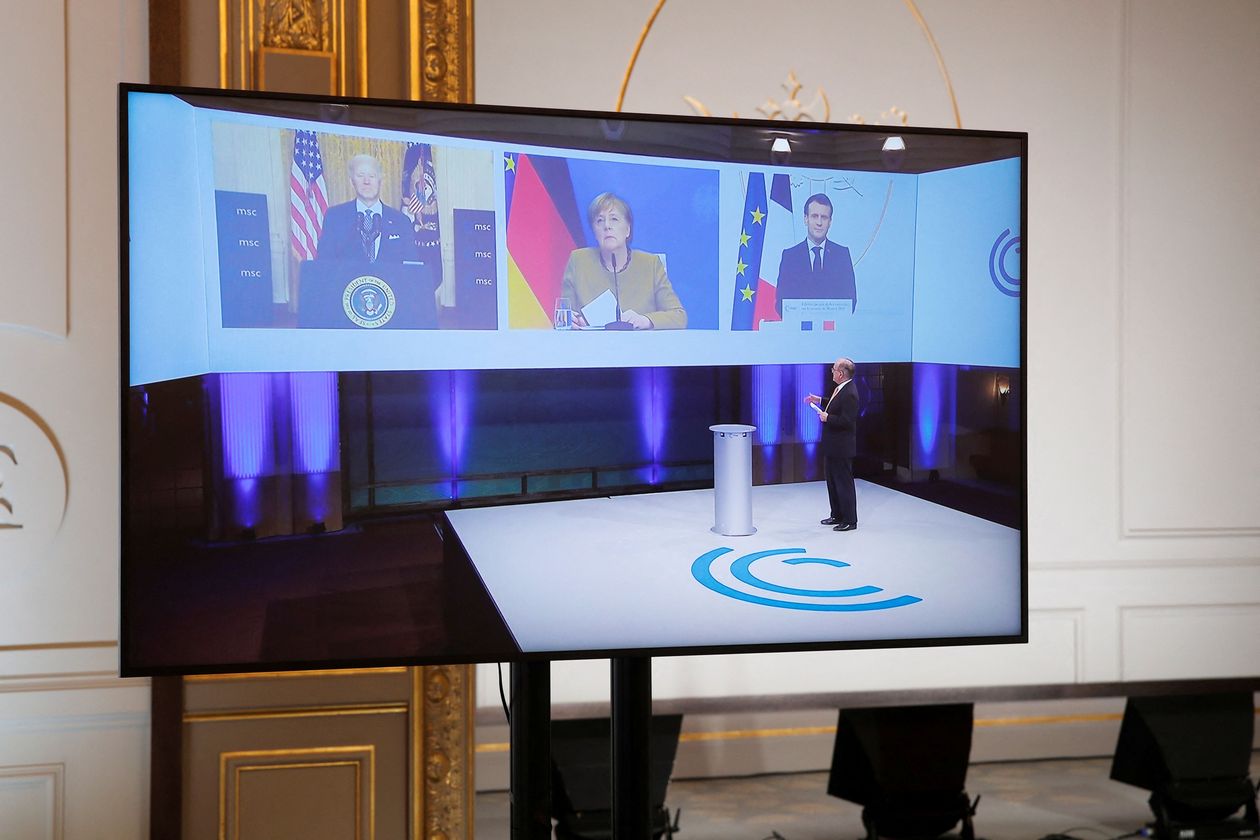 Macron and Merkel respond coolly to Biden, and public opinion backs them.

President Biden set out to declare a triumphant U.S. return to the trans-Atlantic alliance. “America is back,” the president said in his speech this week to the Munich Security Conference. The leaders of France and Germany promptly made it clear that the four years of the Trump presidency had changed the relationship.

France’s President Emmanuel Macron renewed his call for Europe’s “strategic autonomy,” which would require the Continent to be prepared to defend itself. Germany’s Chancellor Angela Merkel bluntly stated that the interests of the U.S. and Europe wouldn’t always converge, which most listeners took as a reference to the European Union’s recent trade pact with China, along with Germany’s determination to complete the Nord Stream 2 natural-gas pipeline from Russia. The U.S. may be back, but it can’t expect to reclaim its old seat at the head of the table.

Underlying the muted response to Mr. Biden’s speech is what the European Council on Foreign Relations calls a “massive change” in European public opinion toward the U.S. The group’s recent poll finds: “Majorities in key member states now think the US political system is broken, that China will be more powerful than the US within a decade, and that Europeans cannot rely on the US to defend them.”

These beliefs are driving fundamental changes in European policy preferences. “Large numbers think Europeans should invest in their own defense,” the poll found, “and look to Berlin rather than Washington as their most important partner. They want to be tougher with the US on economic issues. And, rather than aligning with Washington, they want their countries to stay neutral in a conflict between the US and Russia or China”—a stance endorsed by at least half the electorate in each of the 11 countries surveyed.

In every country except Poland and Hungary, pluralities agreed with the statement that after voting for Donald Trump in 2016, the American people can no longer be trusted. In Germany, a majority endorsed this sentiment.

For decades, Europeans believed that American politics would oscillate within defined boundaries that assured our reliability. Mr. Trump’s election undermined this belief, and Mr. Biden’s victory didn’t restore it. The revolt against elites in both major U.S. political parties isn’t going away, and populists may someday be back in power.

The problem goes deeper than the destruction of political guardrails. Sixty-one percent of Europeans believe that the U.S. political system is “broken.” This figure includes 66% of the French, 71% of Germans and, remarkably, 81% of British respondents. In a such a system, gridlock and drift are the most likely outcomes.

In Europe’s eyes, America’s decline coincides with China’s rise. Fifty-nine percent of Europeans—including 56% of Germans, 58% of the British, and 62% of the French—believe that within 10 years, China will displace the U.S. as the world’s leading power. This helps explain why in case of disagreement between the U.S. and China, 60% of Europeans believe that their country should remain neutral, compared with 22% who say that they should take America’s side.

This stance extends to the threat from Russia. Amid tension between the U.S. and Russia—which seized the Crimea and threatens Ukraine’s territorial integrity—59% prefer neutrality, while 23% want to cast their lot with America. Astonishingly, the Poles—the most anti-Russian people in Europe—opt for neutrality over taking the U.S. side, 45% to 36%.

As perceptions of America’s weakness mount, more Europeans are starting to favor being tougher on the U.S. on economic issues. These Europeans resist American pressure to distance themselves from China, which they regard as an important trading partner, and they will be in no rush to renegotiate their trade relationships with the U.S. “America First” has triggered a reaction—Europe First.

The weakening of America has also heightened European perceptions of Germany’s significance. A majority of countries surveyed regarded Germany as the most important power. Germany—long the staunchest defender of America’s role in Europe—now regards France as its most important ally.

No one can predict how these attitudes might change in the face of a military threat from the east. And if the Biden administration masters the pandemic, unlocks economic growth and stabilizes American political institutions, Europeans may reconsider their views about the trans-Atlantic alliance. Still, the Biden administration is learning the truth of Heraclitus ’ ancient maxim: You cannot step into the same river twice.