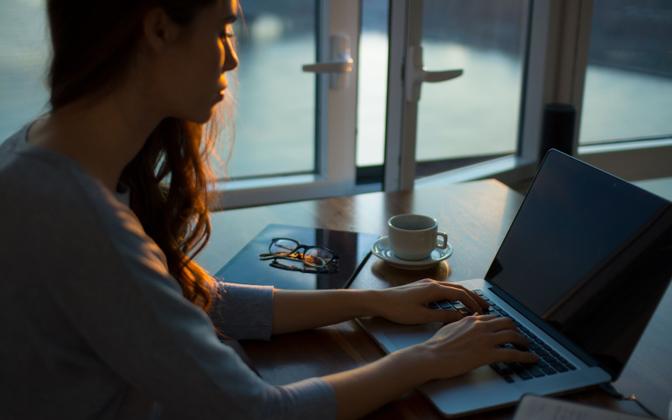 Close to 56,000 people work through digital platforms in Estonia every week and over 160,000 people have engaged in platform work at least once over the past year, it appears from the results of a study by the Estonian parliament’s Foresight Center to be published on Wednesday.

“Work brokered by digital platforms is widely used in Estonia, but it is mainly done as additional work,” expert of the Foresight Center Johanna Vallistu said. “The number of people who occasionally take on platform work has increased over the past three years and close to 100,000 people now do so at least once a month.”

Seven percent of the working age population work through digital platforms regularly every week. A large share of platform work consists of delivery services, ride sharing and performing various tasks in other people’s home, such as construction, maintenance and gardening works and childcare.

“Web-based jobs have undergone the biggest growth in the past three years,” Vallistu said.

The study also showed that the income of people working via online platforms is lower than the Estonian average. “The average monthly net income of platform workers across all sources of income is €1,017, which is lower than the average net salary in Estonia for the same period- €1,255,” Vallistu said in a press release.