Aldis Gobzems to be refused participation in six Saeima meetings 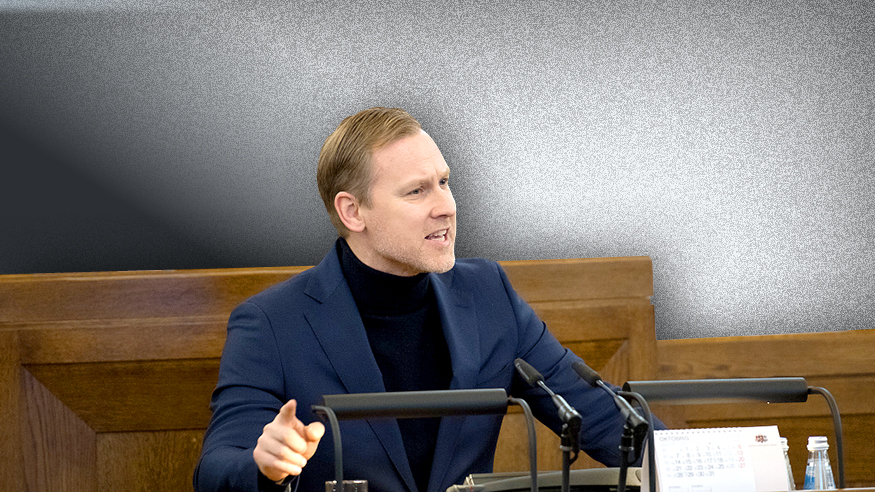 Several MPs turned to the Committee regarding Gobzems’  refusal to show a negative   Covid-19 test, as a result of which the Saeima meeting could not take place onsite. Gobzems said at the time that he has no obligation to disclose information about his state of health.

The head of the Saeima Mandate, Ethics and Submissions Committee, Janīna Kursīte-Pakule, said that the punishment of Gobzems was not the aim, but that ‘no punishment leads to lawlessness’. If one is allowed to attend a Saeima meeting without a certificate, it cannot be asked of students, medics and teachers, either.

The Committee decided that Gobzems would be refused to attend six meetings, and during that time, he would only receive 20% of his salary.

Newswire LETA reports that the draft law on Gobzems’ expulsion from six meetings would be included in the agenda for viewing in the Saeima on Thursday, September 9.