Airlines cancel all flights from Lithuania to UK 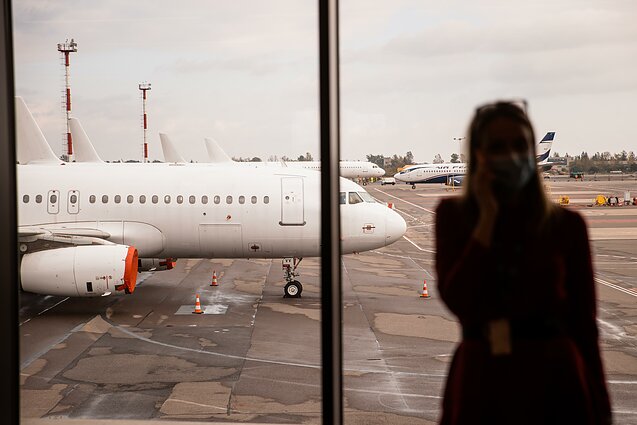 Airlines have cancelled all passenger flights from Lithuania to the United Kingdom following the government’s decision to temporarily suspend air travel from Britain.

“All of today’s flights from Lithuanian airports to the UK have already been cancelled,” Tadas Vasiliauskas, spokesman for Lietuvos Oro Uostai (Lithuanian Airports), the operator of Lithuania’s three international airports, told BNS.

Although the government’s ban does not apply to air travel from Lithuania to the UK, airlines will not be sending empty aircraft to Vilnius or Kaunas to operate return flights, according to the spokesman.

“Although these flights [to the UK] are not banned, they will not take place,” he said.

This week alone, around 7,000 people could have come to Lithuania from the UK and 3,000 could have left for Britain, according to the spokesman.

On Monday, six flights from Vilnius and two from Kaunas to the UK were cancelled.

A total of 101 flights between Lithuania and the UK were scheduled between Monday and December 31. The routes are serviced by four carriers: Ryanair, Wizzair, LOT and AirBaltic.

The ban on all passenger flights from Lithuania to the UK, in effect from 4:00 on Monday morning until December 31, came after Britain identified cases of a new faster-spreading strain of the coronavirus in the country.