airBaltic prepares to restart flights with face masks on May 13 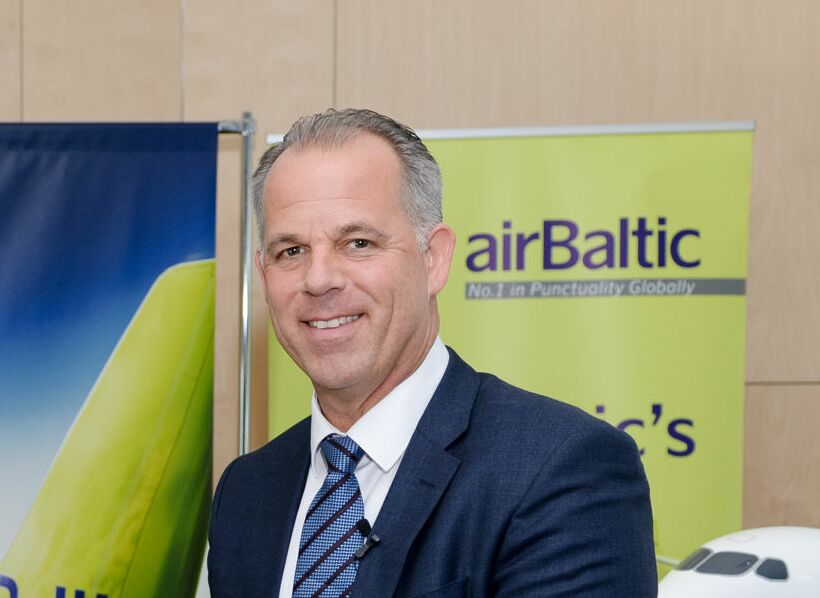 The state of emergency will be in place in Latvia through May 12, and if the measures aren’t extended airBaltic will restart flights to 14 destinations on May 13, promising to hand out face masks as a safety precaution, according to Latvian Television’s “Panorāma” broadcast on April 27.

During the state of emergency only flights that received a special allowance from the Transport Minister could fly, and now the airline is anxiously awaiting the government’s decision on further measures. In addition to the face masks, company CEO Martin Gauss said that only if officially required, the company is also prepared to leave part of the seats empty.

airBaltic is currently offering flights to Amsterdam, Stockholm, London, Brussels, Moscow and other destinations on their website. The airline has been also flying occasional repatriation flights to bring residents home, which Gauss feels has helped keep both their staff and equipment at the ready.

“We will be technically prepared to make these flights, if we’ll be allowed, so if the state of emergency has ended. Of course if it will be extended we’ll have to cancel the flights and move the passenger reservations to a future date,” said Gauss.

The government promises more clarity on the situation next week. The Transport Ministry said there are currently no plans to implement special restrictions on the renewed aviation traffic. The coalition parties are avoiding making any concrete promises that restrictions could be loosened after May 12.

“There would be some sort of gradualness, because on the other side there need to be similar circumstances and similar measures to ours. We don’t want to accidentally start a new wave of the virus in Latvia,” said Prime Minister Krišjānis Kariņš (New Unity).

Although airBaltic was  forced to implement widespread layoffs   (700 employees in total), it still has around 1,000 employees. According to Gauss the laid off workers will have the opportunity to return when demand is once again high enough.

As  previously reported  , Gauss announced that he would not be receiving any wages for the duration of the coronavirus crisis. He is among the best-paid executives in the Baltic states with an official annual income statement for 2018 showing that he earned 1,300,000 euros, up 12.2% from 2017.