African Swine Flu a threat in parts of Estonia 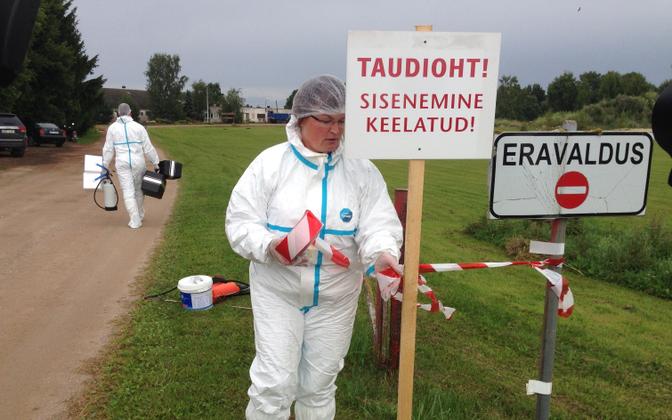 Following the recent finding of a case of African Swine Flue (ASF) in Harju County, risk of further instances in various parts of Estonia, particularly in the north of the country, is clear and present, ETV news show ‘Aktuaalne kaamera’ (AK) reported Tuesday evening.

Minister of Rural Affairs Urmas Kruuse (Reform) told AK that he hopes for an avoidance of an outbreak on the scale of that experienced in 2015.

Kruuse said: “African swine fever has not disappeared from the forests. We have to be as diligent as we actually were for four years [following the last outbreak]. This also means that some farms will probably be reviewing their safety requirements and biosecurity requirements.”

Swine fever was recently detected at a farm in Harju County, with farms there and in Rapla and Lääne-Viru counties also under threat as a result, the Agricultural and Food Board (põllumajandus- ja toiduamet) says.

ASF can spread among wild boar as well as among its domesticated brethren; head of the Estonian hunters’ association (Jahimeeste selts) Tõnis Korts said that the rate in the former has been climbing in recent years, meaning a greater cull is needed – whereas hunters pursued a quota of 7,800 head of wild boar last year, this year the figure is almost twice that at 14,000.

ASF was found on the Harju County farm , near Kiili, and operated by OÜ Pihlaka, on July 12, an incident which led to the slaughter of over 1,700 pigs, AK reported.