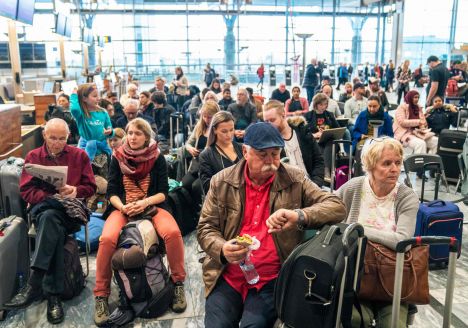 Due to a strike by pilots of the Scandinavian airline SAS in Sweden, Denmark and Norway, on Friday about 70,000 passengers have been affected by over 600 cancelled flights.

Swedish news portal The Local reports that Swedish, European and long-haul flights were all affected by the strike, the airline stated, expecting that a total of 170,000 passengers would be affected until Sunday, April 28.

The strike has been called by the Swedish Air Line Pilots Association, which has announced that months of negotiations had failed to find a solution to pilots’ «deteriorating work conditions, unpredictable work schedules and job insecurity».

In turn, the Swedish Confederation of Transport Enterprises is convinced it could not accept the 13-percent wage increase demanded by pilots, given their «already high average wage of 93,000 kronor (EUR 8 784) a month».