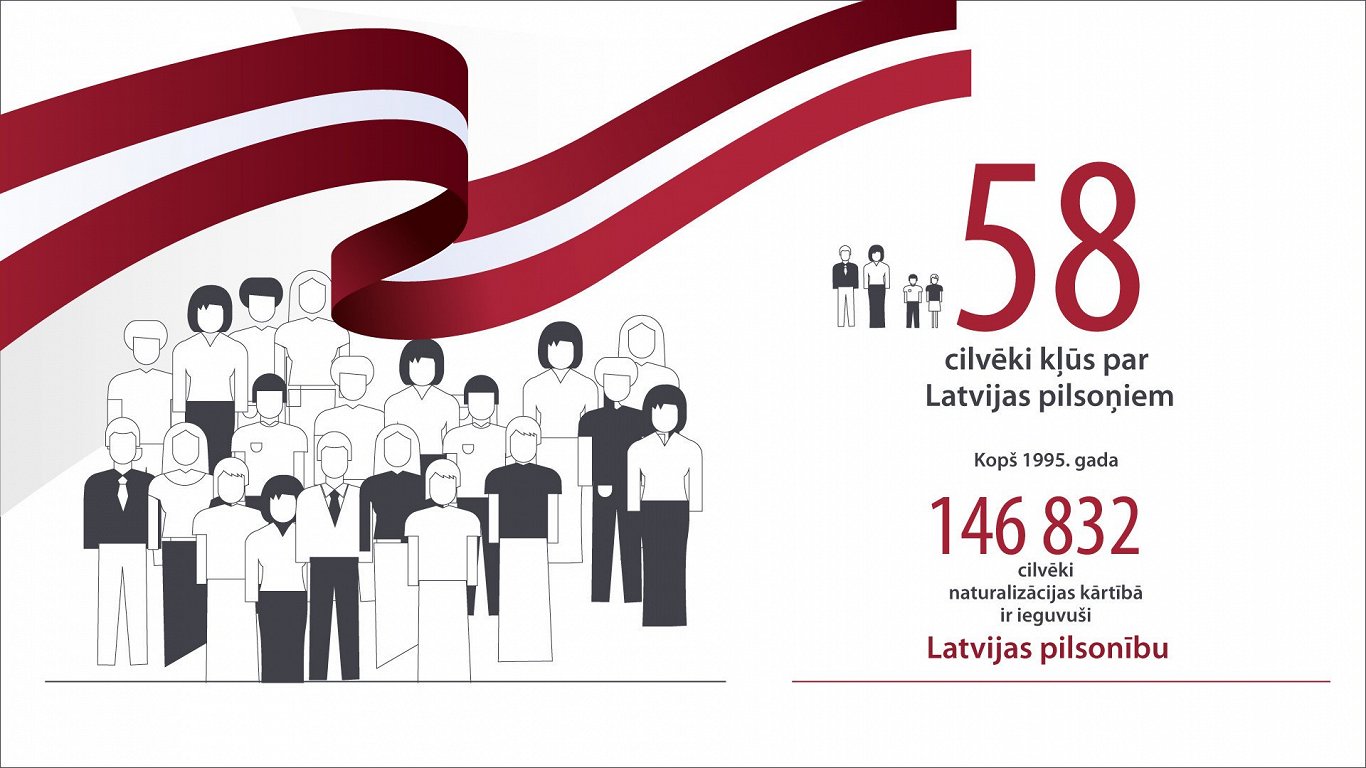 The Cabinet of Ministers on August 13 approved citizenship for 58 individuals who have gone though the naturalization process, including two children who gain citizenship alongside parents.

Of the 56 applicants, two thirds were of Russian background, 16% were Ukrainian, 5% Belarusian and Lithuanian, Polish and other ethnicities were also represented. One third of the new citizens have higher education, according to information supplied by the Ministry of Interior.

The latest batch brings the number of people who have gained citizenship via naturalization to 146,832 since 1995. So far this year 472 people have successfully completed the process.